It’s a technique that many have grappled with. Some succeed, using their nails to create harmonies that entrance and mystify those who hear them. Some swear against playing without first trimming their nails, claiming the level of difficulty is too high or that the sound isn’t to their liking. Some simply sit and wonder – never able to find out how to play guitar with long nails.

Why Play Guitar with Long Nails?

Some prefer to keep the fingernails on their picking hand long for a number of reasons. First off, for beginners who might not be aware – we’re talking about the fingernails on your strumming/picking hand, not your fretting hand. For the average, right-handed guitarist, this will be your right hand.

Having long fingernails on your fretting hand will provide absolutely no benefit and is avoided – some musicians claim this makes playing guitar effectively impossible. However, there are several benefits to maintaining the length of the nails on your picking hand.

Maintenance & Tips on How Play Guitar with Long Nails 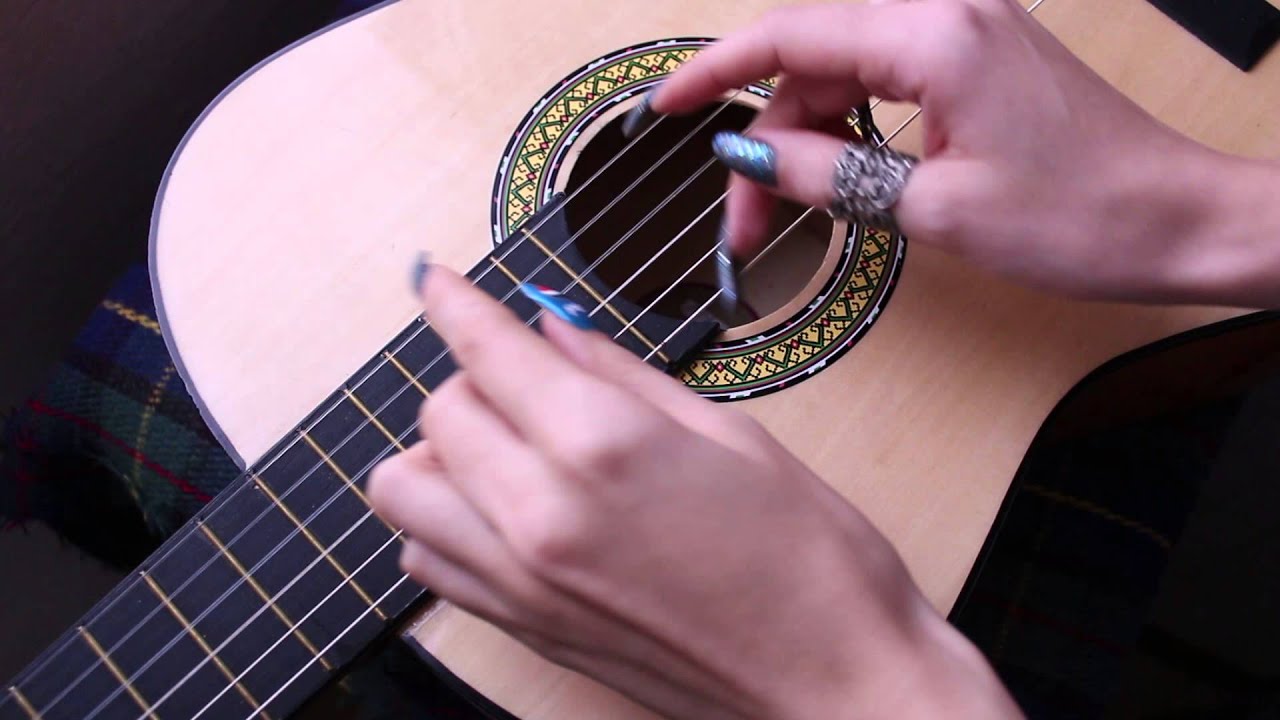 Those who play guitar with long nails will notice that their fingernails take damage – sometimes, quite quickly. The force of striking a string repeatedly with the strength of a guitar pick does some serious wear-and-tear on your nails. Fortunately, there are ways to prevent this.

Many guitarists have different lengths of fingernails. Again, this is a matter of personal preference – though, there are some guidelines to follow.

Fingernail shape is another aspect that can’t be overlooked. Maintaining the ideal shape can be a bit difficult, but here are some guidelines to follow.

These are most common among classical guitar players. Rounded fingernails are versatile and work well with all sorts of different types of fingerpicking. They’re easy to use and produce reliable, balanced sounds. Rounded nails are good for beginners or for those who are just experimenting with long nails for guitar playing.

To do this, file the tip of the nail into a half-circle. Make sure you file off any edge or point, so it looks even and symmetrical on both sides.

These are also very commonly seen among classical guitar layers. Sloped nails offer minimal resistance when striking a string, which creates a warm and inviting tone.

To make sloped nails, just file them so they create a slope! It can slope either right or left, but make sure the slope is straight and even.

Pointed fingernails are much less common than the other types, but some rely on them. They produce a very strong, remarkable, bright sound when they strike a string.

Filing pointed nails requires you to evenly file each side so they rise to meet each otherHow  in the center. This should create a symmetrical shape that makes your fingernails feel like they were each their own guitar pick!

If you didn’t know how to play guitar with long nails, now you’ve got the basic information. Use this information to shape your nails in a manner that suits your own style and techniques – you’ll probably find that you’ll be producing much nicer music within hours.

Classical guitarists have used long nails in their playing styles for years. There’s a reason for this – playing guitar with long nails really amplifies the sound and power behind your notes. Give it a try!

How To Read and Play Guitar Chords For Beginner

How To Read and Play Guitar Chords For Beginner